We once again started auditioning tenors. It’s difficult to find a guitar-playing tenor who likes Irish music, has enough free time to perform and learn all the arrangements, and has a personality that blends with the other group members. We ended up with a tenor from the KC apprentice program – Beau Goss. Beau had a very nice tenor voice and played guitar as well as Mark, possibly better. He joined us in early 1995 and we worked hard to get ready for our first gig – the Kansas Newman festival in Wichita. The debut went better than I could have possibly expected. The group dynamic was wonderful. It was definitely the best the group had ever sounded musically. We were so excited that we decided to record some of our arrangements on a small tape. We had to find a new studio, since Glenn had closed Alpha Music and moved out of state. We finally found a studio in Olathe, Kansas – Etcetera. We recorded four songs and released it to see what the response was. Little Bedlam was quite a hit, so we decided to continue the project and release a full-fledged album.

We performed at the Bristol Renaissance Faire in Kenosha, Wisconsin that summer and went over quite well. But Kansas City would not hire us, even though they had been impressed with our performances at Kansas Newman. This was a bitter blow. We did finish our tape, Of Home and Away and it was possibly the best quality tape we ever did, certainly musically. We performed at the Dickens Festival in December and then at Kansas Newman the next April. It was there that we did The Blooming Heather (always one of my favorite songs), with all the former incarnations of Maid in the Myddle. Vic and Richelle were there as Shenanigans, Mark and Mary were down, as was Jonathan. We also performed in Council Bluffs, which turned to be our very last performance.

We were planning to go down to Scarborough for a weekend or two, but Beau’s father had a heart attack and he had to go back to Alabama. Jamie was going to college at Yale that fall. After almost ten years I decided that it was long enough. Rather than try to replace both the other members, I decided it was time to retire Maid in the Myddle.

I will say that it was the best ten years of my life (up to that point). Even though the personalities were not always in sync and there were musical and professional disagreements, it was overall a very happy time with lots of wonderful music. And I would do it all over again if I possibly could. 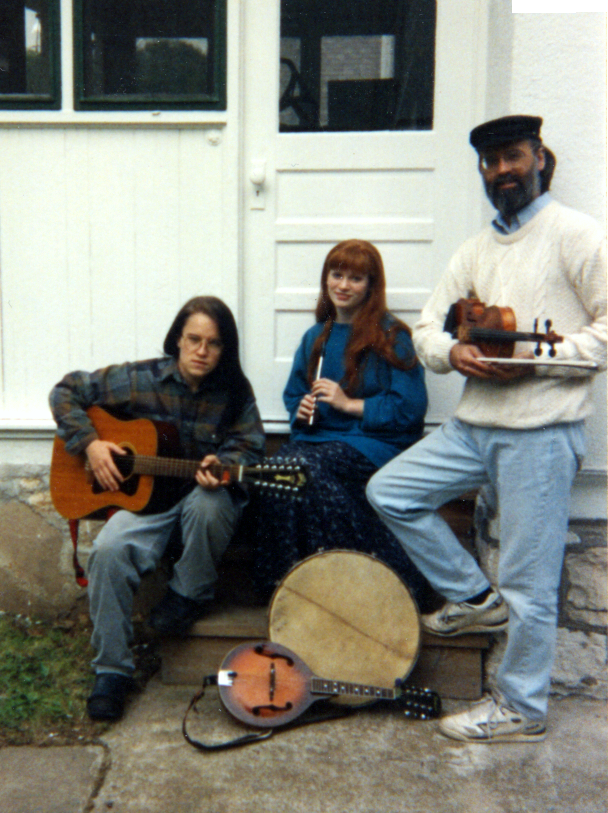 A publicity photo from 1995 - taken at my next door neighbor's house. 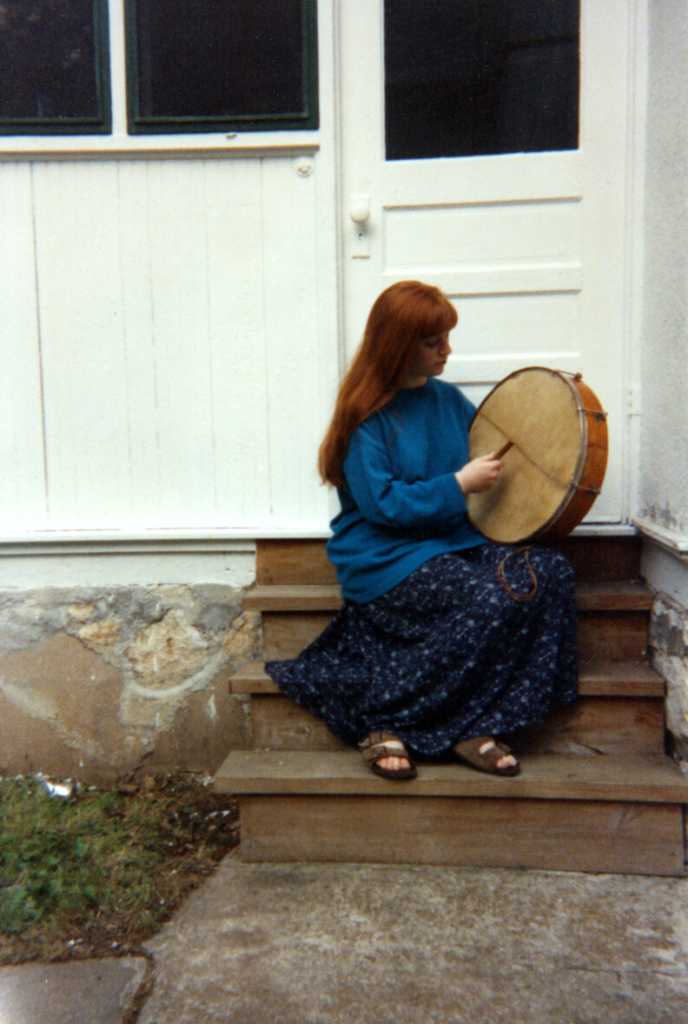 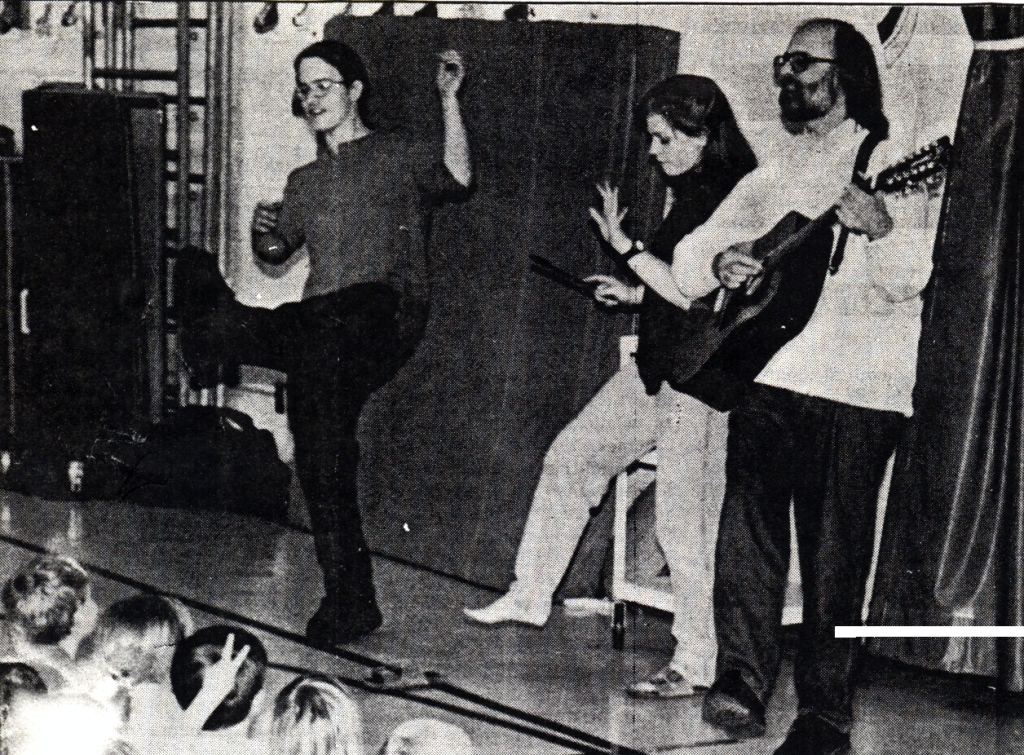 A performace at Shawanoe Elementary School, April of 1996. Kicking off our shoes in "St. Brendan's Fair Isle"